There’s been quite a lot of flooding in the plantations over the last week, so some of our survey work has involved splashing through pools of water and wading our way across former paths! The flooding does have some advantages though. For a start there are even more dragonflies than usual. It has also flushed out some other species. Today I noticed an orange mass bobbing among the flotsam on the surface of the flood water. Closer inspection showed it to consist of thousands of ants, not attached to anything but each other and floating freely. Those at the top were quite lively, while their less fortunate compatriots at the bottom were submerged in the water and nearly dead. Underneath the raft I could see a trail of dead ants, presumably shed as they lost their grip. This amazing rafting behaviour must help the ants to survive in these regularly inundated areas, allowing them to float on the surface until the flood has died down. 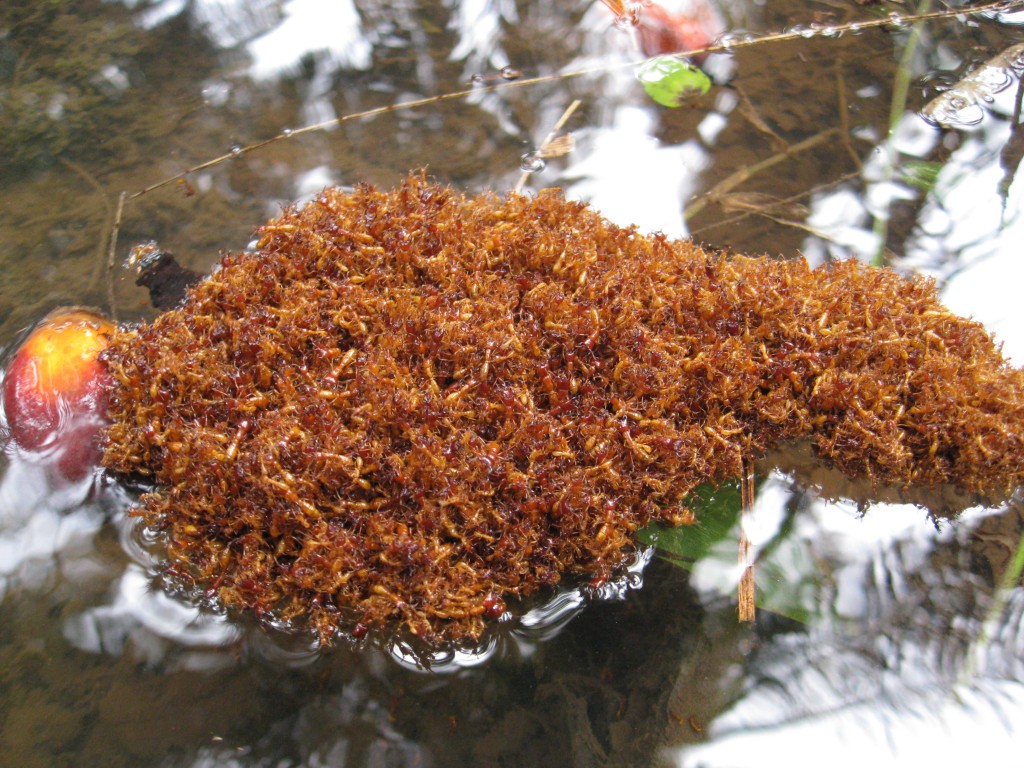 A raft of ants floating on the flood water