It’s been nearly four months since I was last in Cambridge. This week, I returned from fieldwork in Sumatra, Indonesia.

My research focusses on tropical spider communities. Particularly, I’m interested in how spiders respond to different oil palm management strategies. It is important to study spiders in agricultural systems – such as oil palm – because spiders are generalist predators. This means that they eat a wide variety of prey. In oil palm, spiders consume both harmful pests and beneficial insect pollinators and, therefore, spiders may both assist and damage oil palm growth and yield. How we manage oil palm affects spider community composition and, also, the ecosystem functions contributed by spiders. We should implement oil palm management strategies that amplify beneficial pest management services that spiders provide.

This field season, I focussed on spider community response to strips of conserved land alongside oil palm plantation rivers. These strips are called riparian buffers, and their enhanced vegetation complexity and highly shaded understory may benefit spiders. My research is part of two larger studies. The RERTA project is experimentally testing how restoration in riparian buffers affects oil palm ecosystems during the important replanting process. The second project, winningly named the rAGE project, is studying how riparian buffers  affect oil palm ecosystems across the plant’s life cycle. Both projects are focussed on oil palm biodiversity, ecosystem services, and yield. My research focusses on those elements relating to spiders.

Fieldwork is my favourite part of being a researcher and, despite the many stresses that accompany fieldwork, this field season was no different. Most of my days were spent with Indonesian collaborators surveying spiders in a variety of different study sites. Study sites were located in differently aged oil palm and at varying distances from riparian buffers. At each site, my team and I surveyed spiders using three methods. Each method targeted a different subset of the oil palm landscape in which spiders live. We used pitfall traps to target ground-dwelling spiders, fogged the canopy for spiders living among oil palm fronds, and also surveyed spiders located in understory vegetation. 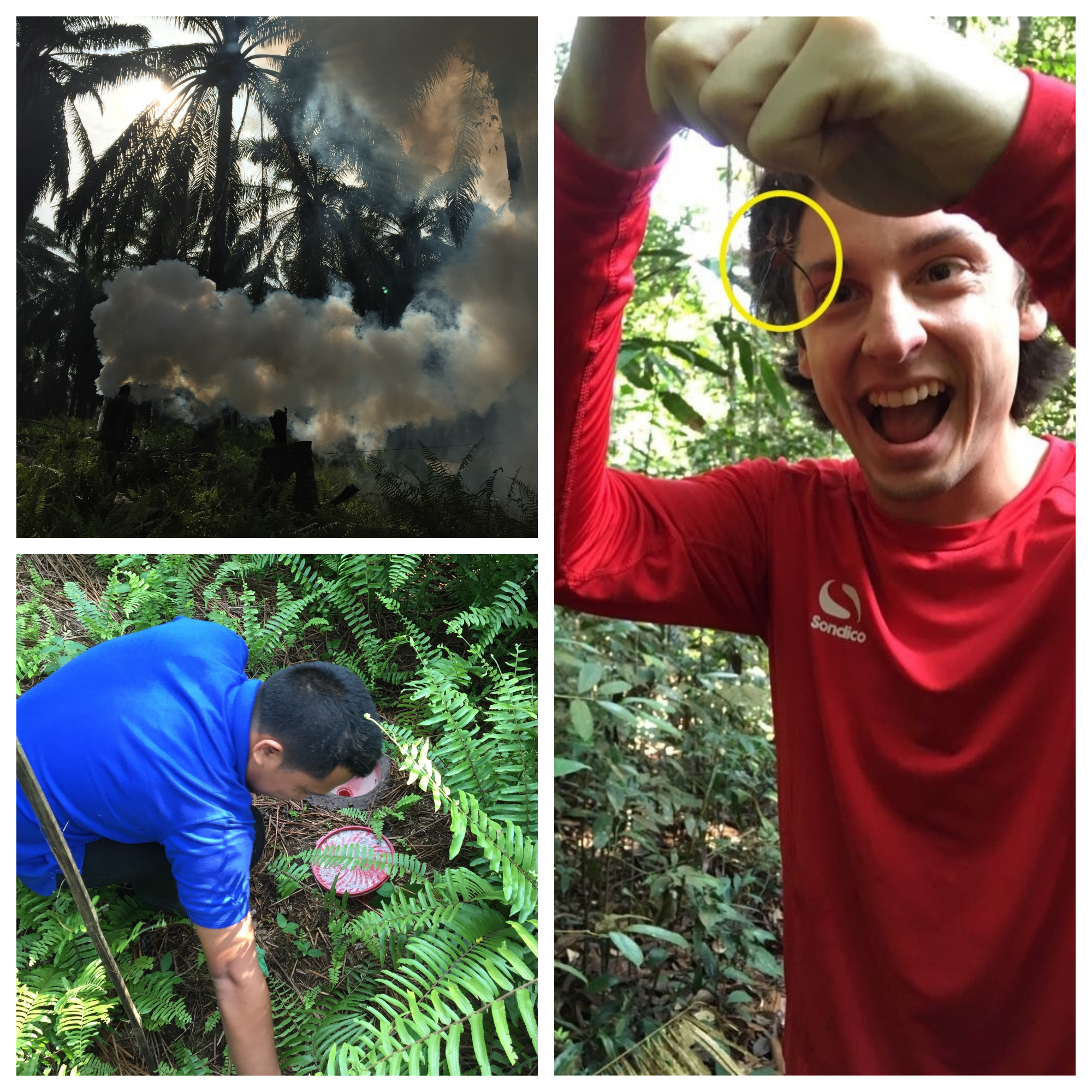 In total, my research assistants and I surveyed an estimated 3000 spiders! As my PhD progresses, I’ll identify these spiders and compare spider abundance and species richness between different study sites. This will allow us to determine how riparian buffers affect oil palm spiders. Already, I’m excited that we found several different species of ant mimic spiders! These jumping spiders (Salticidae) impersonate ants both in looks and behaviour. 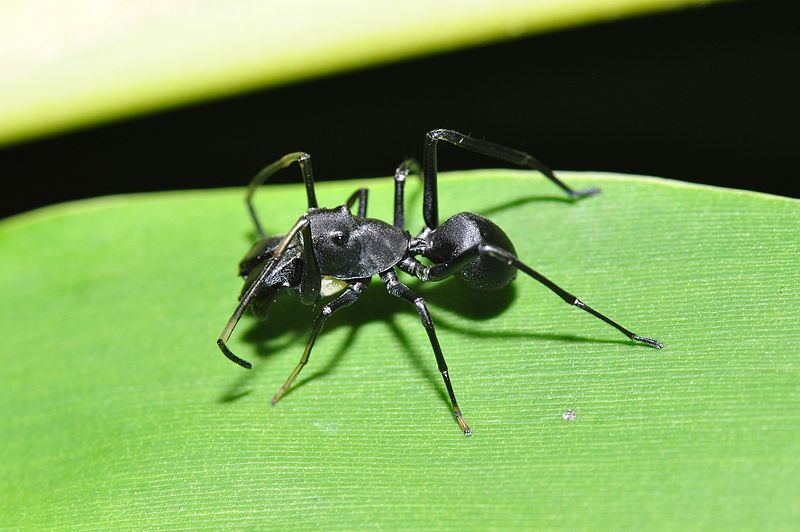 I’m certainly happy to be back in Cambridge, although I will miss the nice days of fieldwork I enjoyed these past four months. It won’t be too long until I’m back in Indonesia, though. I’ll return to my field sites in the autumn to continue surveying spiders and to analyse the individuals I surveyed since February. To these ends, I was grateful to not say, “Selamat tinggal, Indonesia!” (“Bye, Indonesia!”) when leaving Sumatra. I said a cheerful, “Sampai jumpa!” (“See you later!”) instead.